The Global Climate Bond team use a framework to identify those issuers that have clear goals in reducing their greenhouse gas emissions in line with the targets set out in the Paris Agreement. Our focus is to seek issuers that can make significant reductions to the emissions they produce, which means we invest in some of the higher-emitting sectors. Engagement then becomes key. 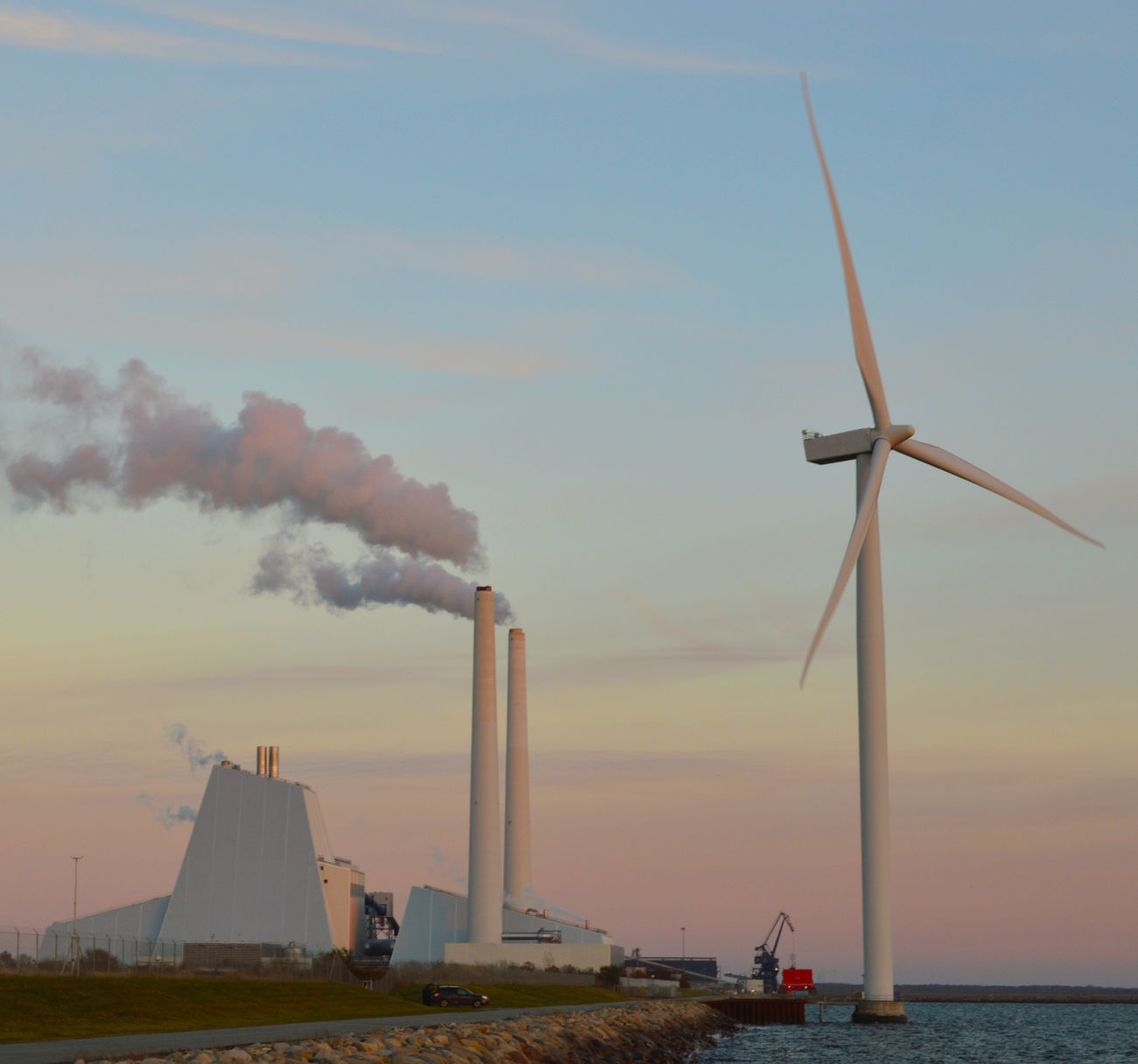 We carefully review how climate-aligned bond issuers are in the fixed income universe by concentrating on forward looking emissions data – as we select issuers that are on the path to reducing carbon emissions. This is achieved through our initial engagement with companies, combined with qualitative analysis and information from CDP (Carbon Disclosure Project), where we have access to its extensive database on climate change. The climate scorecard results in a single metric that determines if an issuer is on track to meet the sub-2°C temperature target.

Total
Total Energies is a broad energy company that produces and markets fuels, natural gas and electricity, with an active presence in more than 130 countries. The company’s ambition is to become carbon-neutral by 2050, with clear commitments to adopting science-based and Paris Agreement targets consistent with sub-2 degrees Celsius of warming. The company is focusing on three core areas:

How is the company going to deliver on their ambitions?

Setting standards
There is a big gap between the approaches that European and US energy companies adopt when focusing on energy transition – European oil majors are leading the way.

Total, the French-headquarted company, is the seventh largest oil major in the world. In May 2020, Total aligned itself with its other European peers by setting out its plans to reach net-zero by 2050 or sooner, across all its operations and products.

With its focus on becoming a broad energy company, Total is turning to renewables – with a commitment to invest between €1.5 and 2 billion euros a year in renewable energies, and accelerating this commitment through partnerships and merger & acquisitions. They favour solar energy over wind power because companies involved in this space are skilled in building large, profitable instillations. Last year, for example, Total collaborated with Marubeni to develop Qatar’s first large-scale energy facility, which is expected to reach full capacity in 2022, providing a tenth of the country’s peak electricity demand[4]. Earlier in the year, the Metropolitan Region Amsterdam Electric awarded a contract to Total for 20,000 new public charging points for electrical vehicles, addressing around 15% of Netherlands current charging demand[5].

Furthermore, Total is aiming to hold a renewable generation capacity of 25GW by 2025, with plans to dedicate 20% of its capital investments to clean energy projects during the next decade[6].

Defined targets and alignment of interests
One area that really struck us when looking at Total is its defined commitment to net-zero through targets and action – rather than just words. For example, the company is seeking improvement to the energy efficiency of its installations, with the objective of reducing greenhouse gas emissions (scopes 1 and 2) from 46 million tons of CO2 in 2015 to 40 million by 2025. To fully embed the move towards net-zero and develop a shared form of responsibility, the variable compensation of the CEO is linked to this target. This was also extended to the variable compensation of the 300 main senior executives of the company from 2020.

Moving forwards
Total has designed a carbon intensity indicator evaluating the average greenhouse gas emissions of energy products used by the group's customers, which makes it possible to monitor the demand for less carbon-intensive products and to assess the evolution of the pace of the energy transition.

Furthermore, Total’s growing share of lower carbon energy (gas and electricity) makes it possible to offer a less carbon-intensive energy mix. This has been bolstered by the acquisitions of Direct Energie and Engie's LNG in 2018, which significantly increased the share of low carbon gas and electricity in Total's sales mix.  In combination with this, the Group’s SunPower subsidiary (solar panels) saw its sales contribution increase within the group. These moves have changed the product portfolio, which in turn has been accompanied by an improvement in the energy efficiency of the Group's facilities, helping to further reduce the carbon intensity of the products used by customers.

The decline in Total’s carbon intensity will also depend on changes in society's consumption patterns and the public policies implemented to support consumers. This is going to change Total’s broader energy mix, as outlined in the chart below[7].

Making the grade
We believe that when compared against many of the other oil majors, Total has made very firm commitments to the Paris Agreement net-zero targets. It is their forward-looking approach and commitment to reducing carbon emissions and their strategy to get there, which makes Total a leading company in the way it will contribute towards energy transition and lower carbon emissions.

IMPORTANT INFORMATION
This marketing document contains information or may incorporate by reference data concerning certain collective investment schemes ("funds") which are only available for distribution in the countries where they have been registered. This document is for the exclusive use of the individual to whom it has been given and may not be either copied or transferred to third parties. In addition, this document is not intended for any person who is a citizen or resident of any jurisdiction where the publication, distribution or use of the information contained herein would be subject to any restrictions or limitations.

The contents of this document are provided for information purposes only and shall not be construed as an offer or a recommendation to subscribe for, retain or dispose of fund units, shares, investment products or strategies.  Before investing in any fund or pursuing any strategy mentioned in this document, potential investors should consult the latest versions of the relevant legal documents such as, in relation to the funds, the Prospectus and, where applicable, the Key Investor Information Document (KIID) which describe in greater detail the specific risks. Moreover, potential investors are recommended to seek professional financial, legal and tax advice prior to making an investment decision.

All investment involves risks. Past performance is not indicative or a guarantee of future returns. Fund values can fall as well as rise, and investors may lose the amount of their original investment. Returns may decrease or increase as a result of currency fluctuations.

When bad news is good news

The equivalence of buybacks

Downside protection is greater, but selectivity will be everything

Will fundamentals replace data as the market driving force?